March is National Nutrition Month.  I thought this would be the perfect time to explain why we carry Fromm pet food.  Fromm started out as Federal Foods, Inc. in Mequon, WI (where the first plant is still in operation and their research laboratory is headquartered.)  They originally manufactured food for fox farmers (Four sons in the family decided to start a fox farm.)  This started in 1925.  In the 1940’s the Fromm and Neiman families decided to expand into dog food, and in 1949 the first bag of Fromm Complete Dog Meal was sold.  In the 1970’s they started expanding the types of dog foods to include food especially for working dogs.

In 1984 Tom Neiman took over company leadership and began developing new products.  What I find personally important is that he said in a 2014 interview that he had no interest in taking over the company just to “flip” it.  It was in 1995 when the name changed from Federal Foods to Fromm Family Foods. Fromm has stayed owned by the original family the entire time it has been producing food.

As a small business owner, I also appreciate the fact Fromm refuses to be sold on big online shopping sites like Chewy or Amazon.  They also have amazing customer service.  If you ever have a question, they have a pet dietitian on staff who will answer your questions.

Here is one amazing fact, Fromm has only had ONE recall.  This was in March 2016 and the issue is that some cans of dog food had unacceptable levels of Vitamin D.

It is important to note that their foods do come in grain free AND others contain grain.  At Gordon’s Grooming we carry their GOLD and 4 Star foods.  We also carry a variety of their dog and cat canned food. 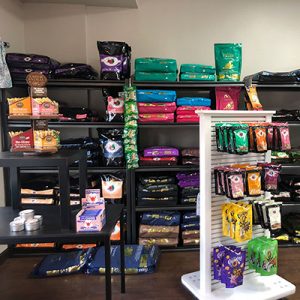 I’ve compiled a shortlist of common food brands, you can find the complete list HERE

Font Resize
Contrast
Accessibility by WAH
Call Us Text Us