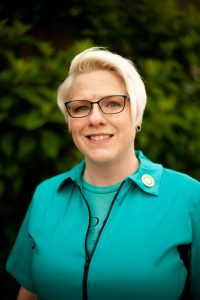 Lara is one of 7 National Certified Master Groomers in Indiana. She participates and teaches at national competitions and conferences all over the U.S. Lara has been grooming for over 20 years and is also a Pet Tech Pet CPR/First Aid Instructor.  Lara specializes in Bichon and Sporting Breed grooms.  Lara also can hand strip breeds requiring hand stripping and grooms cats.  Lara primarily works at our Plymouth location, although she does groom once in a while in our Granger location.

In her free time, Lara enjoys traveling and SCUBA diving! 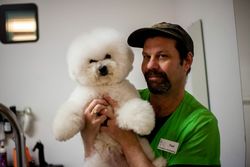 Paul Latshaw, Lara’s husband, also works in the salon full time assisting. He’s been bathing and drying dogs with Lara for over seven years. In August 2014 attended a bather/brusher certificate course at the All American Grooming Show in Chicago, IL. He also worked part-time for Family Express when they first moved to Plymouth, and previously worked in the grocery business and was in the U.S. Navy. 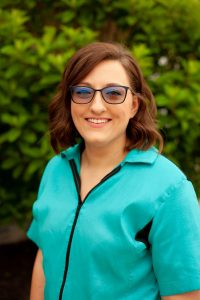 Andrea loves pets and has two adopted dogs of her own.  She and her boyfriend Chase, live in Bourbon, IN.  Before working for Gordon’s, Andrea worked in the healthcare field.  In her free time, she enjoys working on her dirt bike, affectionately known as Karen. 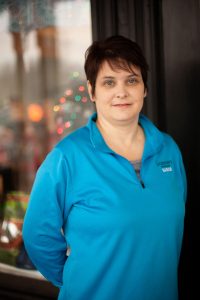 Sarah owns and shows three harlequin Great Danes: Eva, Valor, and Wynn.  You will often see Eva lounging around in the salon.  She enjoys training and showing her dogs and spending time with her family and friends.  Sarah would love to see one of her dogs show at the Westminster Kennel Club Dog Show.  Sarah enjoys working at the salon, spending her days with pets, and helping educate and help pet owners.

Ashley has been grooming for over 12 years.  She has two adopted dogs, Sky and Jade (lab mixes,) and two cats, Cam and Tigger.  Ashley enjoys walking on trails with her dogs and discovering nature.  Grooming has been a strong passion of hers for many years.  She enjoys getting to know the pets she cares for and working with the pet owners.  Ashley’s strong suits are hand scissoring and grooming double-coated breeds. 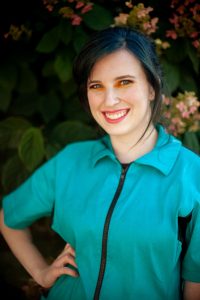 Maria Donati has been grooming pets since 2015. She decided to work at Gordon’s Grooming to expand her grooming knowledge, start attending continuing educations conferences and working towards obtaining her NCMG. Maria does participate in competition grooming and recently obtained her Certified Terrier Groomer Certification from the National Dog Groomer’s Association of America.  She has two dogs at home, a Standard Poodle, Mr. Smee; and an Akita Mix, Frazier.  Maria works at both our Granger and Plymouth location. 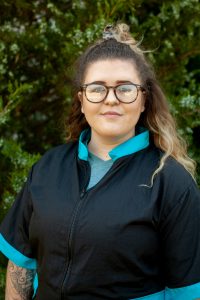 Jenna has been grooming pets for just over five years.  She has 3 dogs:  Esther, a Boston Terrier/Pug mix; Eli, a Bichon mix; and Paislee, a Long Hair Dachshund.  She also has 3 cats, Jonah, Cosmo, and Ricky Bobby.  Jenna has helped foster many rescued kittens including bottle feeding them until they are weaned and can get permanent homes.  She loves grooming poodle mixes and also grooms cats. 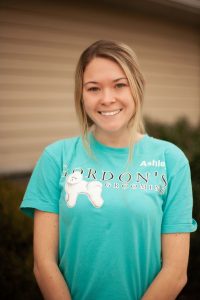 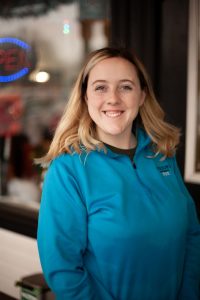 Nike (pronounced Nickey,) is the bather and assistant at the Granger salon. She has four dogs: Maverick, a yellow lab; Goose, a black lab;

Dak, a Australian Shepherd; and Amos, a Blue Heeler.  In her free time Nike enjoys kayaking, hunting and working with her black lab to waterfowl hunt. 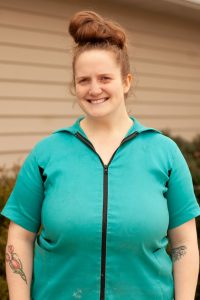 Mariah enjoys grooming even though she has a Bachelor of fine arts in 2D animation.    She owns two cats, Omelette and Marshall, and a Pomeranian named Pippin.  She also has a blue Tongue skink named Loco and a ball python, Juju.  In her free time Mariah likes to paint, craft, read and write stories.  She eventually wants to create her own animated shows for children adults.  She’d also like to travel the world.

Mariah enjoys grooming because she’s always felt closer to animals than people.  Grooming dogs helps my compassion and empathy expand, and I enjoy the close-knit relationships I’ve built with my human teams over the years. 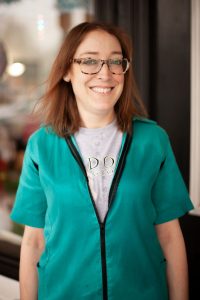 Mandy has been grooming for over 13 years.  She owns a German Shepherd, Fleetwood; a Terrier Mix, Bubbles; a Siamese cat, Staley; and a black cat, Taco.  She also has 3 lizards, a Uromastyx, Puff; a Leopard Gecko, Lumpy; and a Crested Gecko, Rafael.  Mandy also has a Roborovski Hamster named Humphrey.  In her free time she and her husband Jake work on their Victorian house.  She is also learning to play the guitar.  Mandy really would like to work towards her Master Groomer Certification.  She enjoys working with pets and building good relationships with customers. 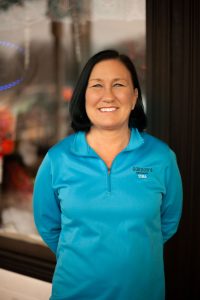 Tina owns two dogs, Sasquatch, an American Bully, and Crabby Paddy, a Shortybull.  She also has a Bearded Dragon named Emmit.  She enjoys reading, hanging out with her friends and pets, and showing bully breeds in her salon.  Her dream would be to run a salon in Florida and become a judge in the ABKC.  Tina enjoys grooming because it’s great to see the transformation from before and after!  She also enjoys helping pet owners solve any issues they are having with their pets.